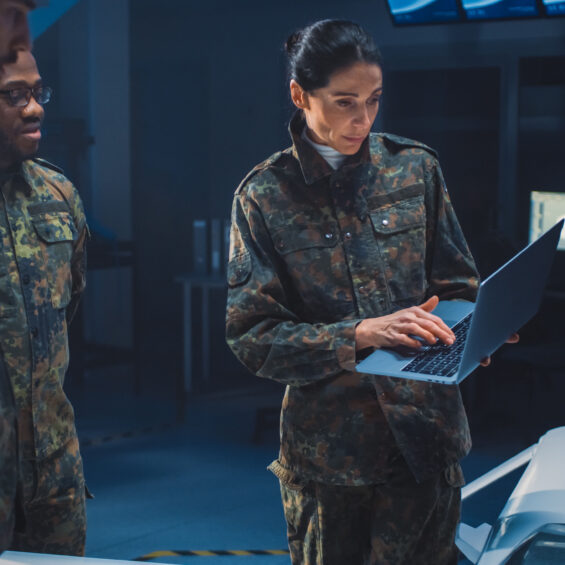 Lieutenant Colonel Langley Sharp MBE, Head of the Centre for Army Leadership, responsible for championing leadership excellence across the British Army, recently provided the below extract from ‘The Habit of Execellence’, published by Penguin Books.

In the summer of 1705, a year after his victory at the Battle of Blenheim, the Duke of Marlborough was opposed by his Dutch deputies as he sought to mount an opportunistic assault on the French Royal Army in Flanders. Their suggestion that his plan would unnecessarily risk the lives of his soldiers drew a sharp response from the Captain General. “I disdain to send troops to dangers which I will not myself encounter. I will lead them where the peril is most imminent.” The plan came to nothing, but the sentiment from one of the British Army’s most famous commanders is resonant, capturing much about a leadership tradition that has endured through centuries of change: the necessity of embracing risk to exploit opportunity, the importance of a leader taking responsibility, the centrality of leadership by example.

Much of the strength of the Army’s leadership culture can be explained by this tradition, the rich history that offers inspiration and lessons from countless past successes and failures. The Army leaders of present and future may operate in different contexts, with evolving technologies, but they are unlikely to encounter human problems their predecessors have not, or to face tactical situations with no past parallel. The breadth and depth of this experience speaks to its universal relevance. Leadership is, at heart, a human endeavour, whose lessons are applicable to almost any field of life. With respect to differences in context, the essentials of how leadership is done hold true in uniform or out of it.

As Sandhurst’s motto of ‘Serve to Lead’ suggests, the first of those universal lessons will always be about service, the leader’s duty and commitment to others. True leaders recognise that the mission depends almost entirely on the actions of the people on their team. By serving those people, challenging them to develop, supporting them when they encounter difficulties and creating an effective climate for them to work in, the leader makes an important contribution towards collective success. Every leader is just one individual with restricted time, limited awareness and personal shortcomings. As a servant leader they can transcend these limitations, acting as a force multiplier for the effectiveness of their team, meeting the needs of their people and their mission in equal part.

This service mindset rests on what a leader knows. A leader can most effectively serve someone they understand as an individual, appreciating not just their professional strengths and weaknesses but personal ambitions, desires and pressures faced. A leader needs to know their people, themselves and their profession, if they are to build the trust and respect on which their success depends. Even as they often follow others on their team with greater knowledge, they must still know enough to ask pertinent questions, grasp key issues and guide the work that is being done.

Trust also stems from the power of example, an essential asset that takes many forms. It starts with the leader’s example as a practitioner and professional in their field, demonstrating that they are knowledgeable, capable and willing to do what they ask of others. Their example as both leader and follower also matters, setting a tone for others who must do the with or without rank. In turn, they are same, a critical exemplar of the values, standards and culture of an organisation, which their personal behaviour serves either to uphold or erode, helping to form the habits of the team they lead. And, perhaps most importantly, they set an ethical example. In the exist in any organisation or profession, it takes a leader to be clear grey areas that about the difference between what is and is not acceptable, establishing and monitoring boundaries only they can set. The multiple forms of example that a leader provides through their everyday behaviour do a more important job of communicating intent and influencing people than any written or verbal communication.

Leaders provide a visible example to their people, but they also stand apart from them, in both the behaviour that is expected and the work that is required. A leader will constantly find themselves in the decision space where there is ambiguity, uncertainty and disagreement about how to proceed. As President Obama suggested, the easy questions have been answered on their behalf, meaning only the difficult ones cross their desk. A working life filled with hard problems demands moral courage: the ability to take good decisions rather than easy ones, and the willingness to confront difficulties rather than duck them. Leadership constantly tests whether an individual has the moral courage to do the right thing in difficult circumstances, with their people watching on. A leader who reinforces their personal integrity through displays of moral courage will forge bonds of trust and respect, just as surely as one who fails to do so will see their authority undermined. An individual’s leadership cannot survive on the occasional bold gesture, but must be earned through making a habit of moral courage, difficult decisions and diligence to key responsibilities. Leaders must remember that their every action is being observed, which means their standards and personal example must become habitual.

In parallel, many leaders must grapple with the challenge of limited visibility into the daily business of the organisation or team they lead. A paradox of leadership is that the most responsible figure often has the least direct insight into the work that is being done. There is much that the people in command can never control. Leaders must not fight this reality but find ways to work with it, developing a team that will function well and meet expected standards in their absence. This starts with vision, leaders shaping a positive climate in which people feel valued and are empowered to contribute value, and where expected standards and common purpose are clear to all. It encompasses sup port, leaders who are willing and able to develop the leadership of others, using their time to mentor and coach people as an investment in the success of the team. And it is crystallised by challenge, leaders using the Mission Command philosophy to delegate responsibility, trusting people to step up and take decisions as the norm. By consistently working at these three levels – communicating vision, offering support, providing challenge – leaders can instil the habits of a cohesive, confident, self-reliant team.

If some leaders may find themselves distant from the everyday workings of their organisation, they are never separated from their responsibility for them. Leaders are responsible for the success of the mission, for the decisions made and actions taken on their behalf, and for the success and well-being of their people. Their responsibilities encompass the need to uphold the legacy of the past, to meet the needs of the present and to set the conditions for success in the future. This creates an intensity to leadership, on which some thrive and from which others may shrink. Every day is important, every decision matters, every action has influence. But alongside these burdens of leadership are its privileges, the power to build careers, shape the success of an organisation and influence lives for the better. Leadership can be as exhilarating as it is exacting, something that has the power to reward as much as it challenges.

To do it well, a leader must constantly be looking towards the needs of others without ever losing sight of themselves. The leader who most effectively serves others is the one who continues to develop and grow. Learning is one of the defining habits of leadership, and even the most seasoned leaders should continue to draw insight from new experiences, challenge themselves with new perspectives, and ask themselves how they should adapt to changes in context. The art of leadership, the balance and judgement that goes into every decision and every human interaction, relies on a leader who is constantly refreshing their knowledge of the context they work in, from the people on their team to the environment that surrounds them. Every situation is unique and every day is different. Experience is an essential guide, but only when combined with the appetite to learn and a continuous desire to understand what is changing.

Good leaders have a bias to action and a tendency to reflection. They lean on tradition and experience, without ever losing sight of what is around them and ahead of them. Most importantly, they recognise that the individual who continues to learn is the one who will continue to lead, inspiring trust and belief in those who follow them. Every leader, of whatever age and role, remains a lifelong work in progress. For those curious and humble enough to seek them out, the most important lessons always lie ahead. 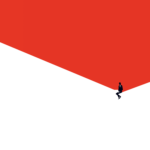 Responding to volatility preparing yourself for leadership 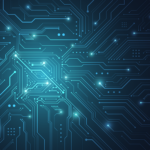