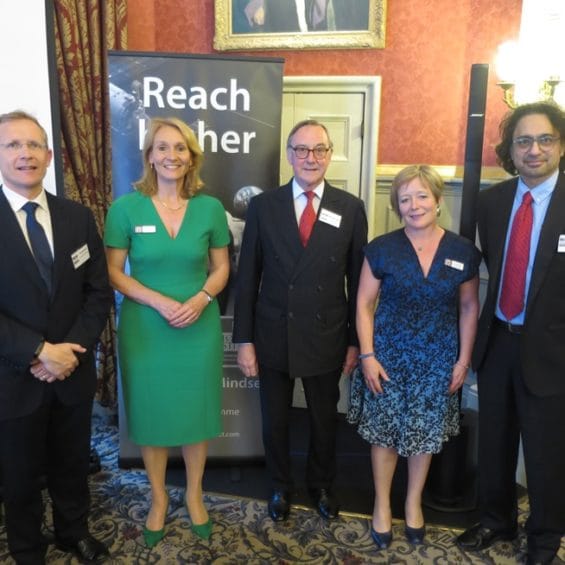 Over 50 Churchill College Alumni attended a Leadership Insight at the Oxford and Cambridge Club, London, organised by the Alumni Development Office and Møller Institute.

Listen to the audio recording of the event here. (to skip introductions start listening at 16 mins 25)

Churchill Fellow, Professor Tim Minshall shared stories highlighting the importance of being outward-looking when innovating, and gave examples of some of the best ways to execute innovation and gain momentum. Tim explained that ambidexterity in leadership – being able to be efficient in business today whilst continually adapting to cope with tomorrow’s changing demand – is a critical skill for leaders.

Møller Institute Associate Sudhanshu Palsule focused on the current ‘Age of Complexity’ in which we have colossal global information flows, massive digitalisation, transparency and immediacy alongside complex global problems. He explained that the 20th century organization was built on the principles of the Industrial Age and is reaching its end of usefulness. The challenge for leaders is to build 21st organisations while continuing to run the 20th century organisation. Sudhanshu’s conclusions were that the 21st Century Explorer Leader needs to:

Cathy Butler, Head of Executive Education at the Møller Institute wrapped up the session fielding a lively Q&A session at the end, and introducing a former participant on the Explorer Mindset, (and Churchill College Alumnus) Colin McGill (G84).