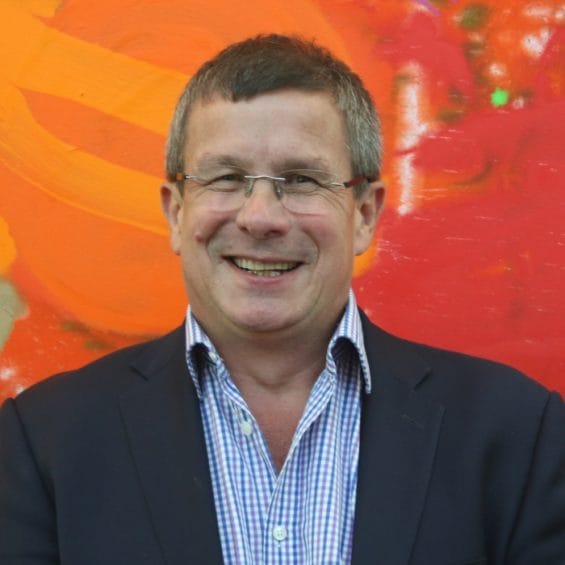 Jeremy has worked with Møller since 2005 providing input on our programmes and is an experienced facilitator and executive coach with particular expertise in leadership development, leading collaborative change and team-building. He often works with cross cultural and global groups where English is the common business language and has done significant work in Europe, Africa, Asia and the USA. He has clients across the wide spectrum of organisational life and sectors, including blue chip, SME, charity and public service.

Jeremy graduated (B.Comm in Accounting & Commercial Law) in 1981, is a qualified accountant (FCMA), with 11 years in various senior line positions (Steinmeuller, Rank Xerox, Albright & Wilson and KPMG) before becoming a consultant with KPMG in 1992 and creating his own independent business in 1995. He co-founded the not-for-profit organisation Sadler Heath in 1999, which he still runs.

For four years, Jeremy was a Non-Executive Director of the Academy of Executive Coaching.

Jeremy is accredited to use Myers Briggs Personality Assessment tool, MBTI and DISC behavioural tool. He is also accredited by Human Insight to use their AEM cube tool which measures an individual’s and a team’s ability and inclination to handle complex change.

He runs developmental programmes (either in-house or open) on such aspects of leadership as below:

Jeremy also works with a number of senior executives on their personal development on a 1:1 basis. Their details are strictly confidential but they range from senior directors of FTSE 100 companies, through leaders of major charities and social entrepreneurs, to young high-flying executives. As part of this, he supports a number of “top talent” programmes in significant international organisations. He supervises some professional coaches.
He also has considerable experience of large scale business and cultural change programmes including major system implementations, cost reduction programmes and business transformation programmes.