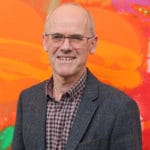 It is no coincidence that coaching’s arrival is at a time when society is undergoing enormous changes. The digital revolution has led to tectonic shifts in organisations, transforming the working landscape.

Technology has transformed the way we live and communicate with each other. There is barely an aspect of our lives that remains untouched by the changes. Business structures have become less bureaucratic and more flexible. Many mighty companies have fallen, while new brands giants have taken their places to straddle the globe. The impact has been felt in all aspects of the business. Just a few years ago, working from home was viewed with widespread suspicion. Yet now, more companies, both private and public, are finding they are cutting the managerial / geographical strings, and are learning to trust their co-workers to work responsibly, flexibly and efficiently in their remote locations.

Coaching is a wonderful leadership language to help businesses meet these challenges, arriving with perfect timing. As many traditional ways of working have become out-dated, businesses have had to become more agile, lean, responsive and flexible. Today people interview companies as much as companies interview prospective employees. Young people entering the workplace have greater sense of freedom, choice and a greater sense of self: of what they will and won’t tolerate. The language of business has been revolutionised too. Bosses used to talk to subordinates, staff and employees; now leaders collaborate with co-workers and colleagues.

These changes are not universal. Many companies are desperately playing catch-up. Much work remains to be done if organisations are not only going to survive but also thrive when they get on board the uncertain, ambiguous and exhilarating rollercoaster experienced by leading-edge businesses. Gender pay gaps remain acutely high. More work needs doing around inclusivity. “Unconscious bias” remains an uncomfortable fact in working life. Many corporations are appreciating that coaching is the optimal approach that enables the learning and capability for these essential changes to change and embed new ways of working.

As former chair and CEO of General Electric Jack Welch said: “An organisation’s ability to learn, and translate that learning into action rapidly, is the ultimate competitive advantage”.

Coaching, we contend at the Møller Institute, is the universal language to communicate within and between global organisations. It is the leadership approach to raise sustainable performance. Applied responsibly, it promotes positive, socially responsible cultures. It is the 21st century tool for everyone in organisations to learn, learn quickly and to translate that learning into effective action.

And as more and more organisations are discovering, it’s far better to learn to ride the rollercoaster of 21st century business than it is it to stand on the ground watching your competitors go by. 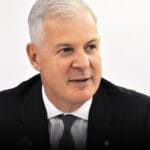 Establishment of The Møller Institute Advisory Board 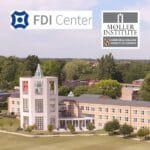