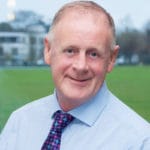 In business, where management is ever present, leadership is a scarce resource. Leaders rise out of the grey ranks of competent managers and create something special for the people who follow them. When people are well led, they feel committed, confident and resolved. They are part of the enterprise and understand their importance to the goals of the leader’s organisation. Leaders trail blaze their followers to higher levels of effort and achievement, or sometimes to bitter disappointment. Many, but not all, of these people whom we call leaders are charismatic in nature. Certainly, those that are tend to be much more visible than those that are not. Is charisma a pre-requisite for leadership to be effective? Does an aspiring manager or partner need to find an elusive set of skills to unlock their hidden charisma?

Leadership is a big issue in business, usually amongst the top 3 to 5 priorities of any CEO or managing partner.

It is also a huge market in its own right, with a veritable deluge of commentary and debate about its nature. Yet, the underlying research base is actually quite small, with little new fundamental insight into leadership developed over the last 50 years or so.

Much of the work you will see or read about on the topic of leadership is a re-working of a small base of knowledge. There is a huge amount of theoretical discussion and modeling which is dressed up to be appealing but with little in the way of empirical validity or hard evidence.

So what do we know empirically about leadership?

Leadership happens in the space between leader and follower. It is an attribution that the follower gives to the leader: I will follow you. ….Then we need to ask why?

What is clear in research is that people who are seen as effective leaders and followed willingly by others are those who will act when others will not.  This willingness or need to ‘go active’ often involves a level of personal risk – perhaps just the risk that no one will follow them. There is a clear relationship in research between leadership and ‘bravery’.

Leaders are watched closely by their followers. In order to remain effective in a leadership position, the leader must sustain their personal commitment to the initiative (though this does not necessarily apply in a management position!). Demonstrating this through their values, evidenced in the decisions they make and their strength of effort. In addition, the leader’s behaviour must be consistent in creating a condition of predictability for followers. The follower can know how the leader would respond in any situation and can calibrate their own effort, judgements and behaviour to align with this.

Let’s not get confused between leadership and management!

Partners and senior people in professional firms sit at or near the top of a management hierarchy, just as they do in any organisation. The people who work in firms tend overwhelmingly to be competent, reasonable and talented people who, if asked to do something, will just get on and do it. In doing so, they implicitly recognise the existence and validity of the hierarchy. The outcome of this management driven activity is, under most circumstances, perfectly satisfactory.

We must, however, be clear …that is not leadership! That is (just) good management.

Leadership, in contrast to good management, operates in a different band of performance.

Compare the outcomes when a task is completed by someone because they are asked to do it, with a task completed by someone who is highly committed to the task because they feel well led, supported and part of the enterprise. The uplift in performance may be quite small, perhaps just 5% or so. If everything in a firm is done 5% better or faster because of high levels of commitment, then a well led firm beats a well-managed firm every time.

There is a distinct and valuable purpose to leadership above that of management.

Good managers do not need charisma

In a basket of research findings over the last 15 years or so by researchers, such as Steve Kaplan and Murray Barrick, we can see a number of personal characteristics associated to some extent with success in corporate management. This group of personality factors paint a picture of steady determination, persistence and focus, rather than a charismatic nature. See Figure 1. 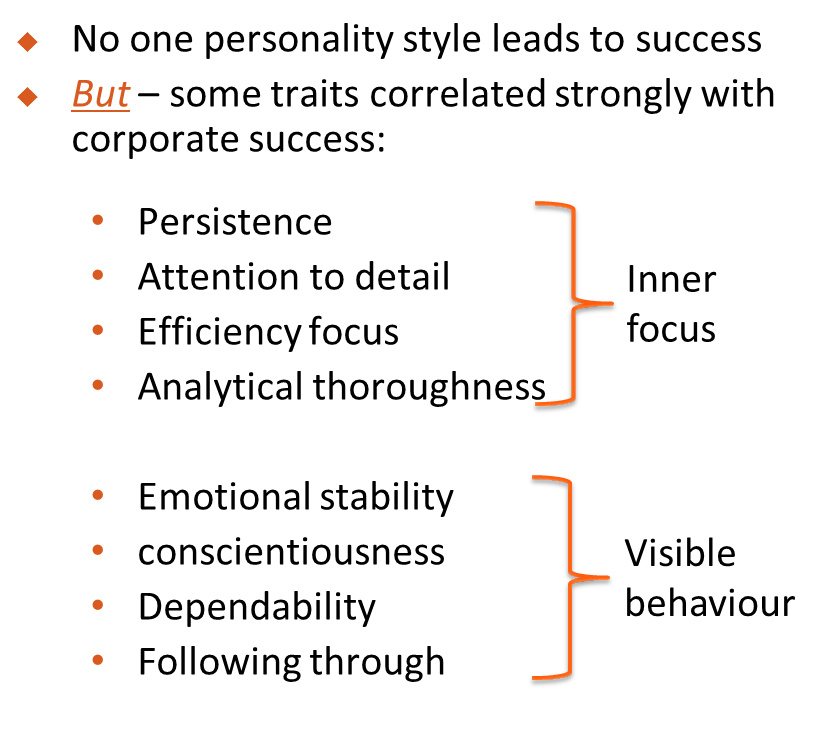 Personality and performance at the beginning of the new millennium: Barrick et al 2001

Interestingly, the research also found low correlations with such traits as:

Successful managers do not need to be charismatic to progress in their careers. They have learned to use the formal authority of management hierarchies to get things done. The emotional impact they have on the people who work for them is not a primary factor in their success. In fact, many successful corporate managers are not particularly likable; some may even be toxic in their personalities and in their use of power. They are, however, persistent and rigorous in the application of that power.

The nature of charisma

In 1676, Isaac Newton made a great, but perhaps unintentional contribution to management science with the following quote: in a letter to his great rival Robert Hooke:

“What Descartes did was a good step. You have added much in several ways, and especially in taking the colours of thin plates into philosophical consideration. If I have seen a little further it is by standing on the shoulders of Giants.”

What Newton is describing is a particular form of leadership that causes and encourages others to become leaders in their own right; to create a context in which others can pursue similar goals in a confident but self-directed way.

By contrast, a quote from a citizen of North Korea (referring to the ‘Great Leader’: Kim IL Sun):

So, what is happening in the behaviour of leaders and followers to create these different senses of followership?

When an attribution of leadership is made by a follower, the person is (probably) making a judgement around three factors:

A charismatic leader has the ability to project their values and intentions through the use of finely honed behaviour. In doing so, the leader can create a context that resonates strongly with potential followers, despite, in some cases, not having a previous history of successful outcomes.

Barrack Obama, for example, achieved the highest recorded popularity ratings as a presidential candidate with a stirring speech, dripping with credibility and deliberately restrained emotion. Using the phrase ‘yes we can’, he reflected the American people’s belief in their recovery from the 2008 financial crisis.

A year later his popularity ratings as President had plummeted as he failed to deliver on his promise of healthcare reform.

Charisma creates belief as a sense of promise.

It allows people to believe that by following in the footsteps of the charismatic leader, the result will be achieved. The belief in the result is appended to the belief in the person promising it. As a result, charismatic leaders create a very strong followership. The corollary is, however, also true ….if they don’t believe in the goal, then they will oppose the person as a leader.

Some recent research-based evidence suggests that specific behavioural patterns when used in ways that are PRECISELY aligned to the cultural norms of a group or population can create the perception of power and authority in a person. This, then, makes them acceptable as leaders by others. For example, in recent research (Carney et al: Power Posing: Brief Nonverbal Displays Affect Neuroendocrine Levels and Risk Tolerance 2010) into ‘power posing’, using different postures to project powerfulness actually causes the person’s hormonal system to release higher levels of neuroendocrines (testosterone and cortisol) that, in turn, affect the person’s sense of self-conviction and risk-taking initiation.

In effect, the person behaves their way into a certain type of positive self-regard. This projects a ‘passion in belief’ to an observer, who may then attribute leadership to the person. The problem here would be that if the behaviour was even slightly misaligned to the cultural and behavioural norms of the observer, the same behaviour could look like arrogance or narcissism. It would need to be very finely tuned indeed.

Engaged leaders create a different but not necessarily less strong sense of followership. It is a case of, “here is the goal, look at my track record.” If you apply yourself to this common goal, we can get it done. It causes the follower to want to become active in the use of their own judgement. In some ways, it is harder to follow an engaged leader because you are required to think for yourself.

So when is charismatic leadership most useful?

There are a number of situations where charismatic leadership can be particularly useful and where it will have an advantage over the slower and more carefully built engaged leadership.

But there are also pitfalls to letting a charismatic leader loose in the firm.

Charismatics also have a dark side and have the potential to manufacture a sense of crisis to serve their own ends.

The charismatic person who has a strong will to build personal power and has goals which are not aligned to those of the firm, could signal trouble ahead.

A final thought might be that standing in the protective shade of charismatic leaders teaches people to be great followers, but not great leaders. Organisations that suffer the loss of a capable charismatic leader are often left with a vacuum of leadership and quickly lose their way until (assuming the firm survives) a new generation of self-directed leaders is built or parachuted into the firm.

Charismatic leaders are clearly a valuable resource for a firm. However, they are a resource not a solution.

If the goals of the charismatic leader diverge from those of the firm or powerful groups within the firm, they are capable of creating discord and trust in equal measure.

The critical issue for any firm is to choose charismatic leaders with great care and then keep them anchored to the values and goals of the firm itself. 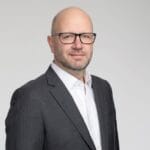